PSYONIC is Redefining Human with the Ability Hand

PSYONIC is Redefining Human with the Ability Hand 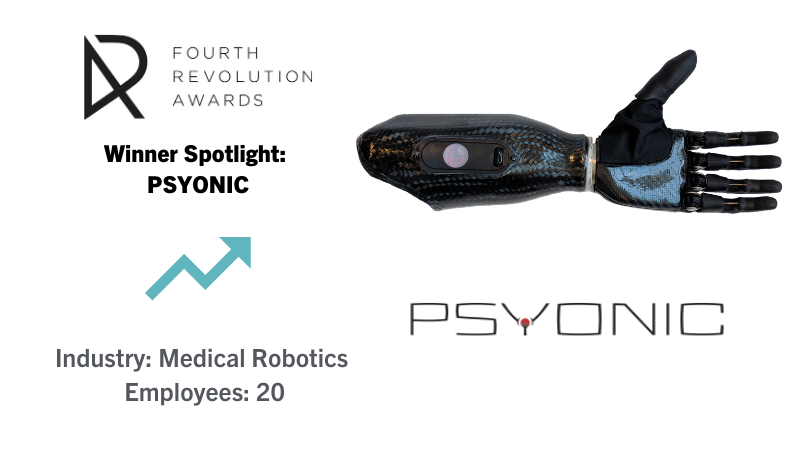 The Ability Hand by PSYONIC was the winner of the “Product of the Year” at the 2020 Fourth Revolution Awards. You can find a recap of the event here.

When Aadeel Akhtar, PSYONIC CEO & Founder, was visiting Pakistan at age 7 he realized the accessibility issue that people with limb differences faced worldwide. Since then, it has been his mission to make a product that redefines what it means to be human for those with limb differences. PSYONIC was born at the University of Illinois at Urbana-Champaign and has been growing since, with no chance of stopping any time soon. We recently sat down with Aadeel to learn a bit more about the value proposition of PSYONIC, why the Midwest has shaped the company, and what’s next.

The idea for PSYONIC started as early as when I was seven years old. That's when I was visiting Pakistan, where my parents are from, and that's first time I met someone or the limb difference. She was my age, she was missing her right leg and using a tree branch as a crutch. That's what inspired me to want to go into this field. Then we realized that we have similar problems back home in the US. When I was in grad school at the University of Illinois at Urbana-Champaign, I'd met a retired US Army sergeant who's local to the area who lost his hand in Iraq in 2005 due to a roadside bomb, Sergeant Garrett Anderson. He uses a hook daily and so we wanted to upgrade him to the 21st century. We've been building the Ability Hand since. We've tested it out in Ecuador, we have a patient there that we've been working with. It's been quite the journey.

How has your business grown since the beginning?

It was a small team back when I was still a graduate student and students would come and go and graduate. We incorporated in 2015, but really took it from being a university project to a company around 2017. We spent the summer of 2017 in China. It was me, my six-month pregnant wife, with our one-and-a-half-year-old son, our senior robotics engineer and three other engineers, all in an apartment in Shenzhen, China. It was insanity.


We were rapidly prototyping our electronics because Shenzhen was the electronics capital of the world and that's where we found our motor manufacturers and our gear manufacturers. Everything else we make in the USA, and so it's the only bionic hand that's assembled and made in the USA and designed here as well. Back then, we were a team of five people and now we've grown to about 20 employees.

How has being in Illinois, or even being in the Midwest, helped shape your company?

We've been closely tied with the University of Illinois at Urbana-Champaign. One of the best things about the University of Illinois is that it's got one of the best engineering programs in the entire world. Consequently, a lot of the students and engineers who have come from that program have been instrumental in the success of PSYONIC. The nice thing is, because we're such a lean and small startup, every single engineer who comes and works with us has a direct impact on what the final product is. Not only is it meaningful work because we're helping people who have limb differences, but also, it's that the decisions that any of our employees are making are critical to the operation and the success of the company itself, which you don't get in bigger companies that might be out in the Bay area.

The other thing is that one of the reasons why we're able to hit price points that Medicare will cover is because we have much lower costs of producing our hands. Part of that is also being in the Midwest region where the cost of living is lower. It's not as exorbitant as somewhere like the Bay area.


What growth do you expect to see in the next few years?

Right now, we're in the middle of a soft launch in the Midwest preparing for our nationwide launch next year. Then at the end of next year, we plan to get our CE marking so that in 2022 we will start selling our Ability Hand internationally. That's going to be exciting because then it's not just getting access to the best bionic hand in the US but also just worldwide, which is going to be a pivotal moment for the company. We've got a lot of other products and product ideas in the pipeline too that are really going to change the industry. I can't get into details, but it's a super exciting time to be a part of PSYONIC right now.


The mission of PSYONIC is to make the Ability Hand accessible to everyone. If you or someone you know could benefit from an Ability Hand, PSYONIC wants to know. You can reach them here. 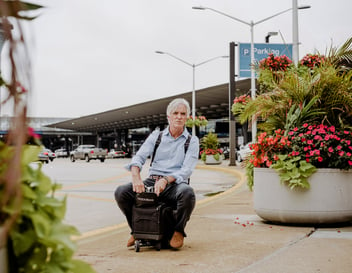 The New York Times: "Did You Pack Too Much? Your Suitcase Knows" 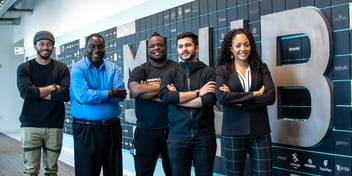 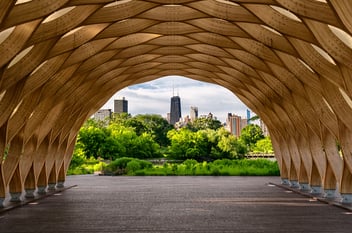 The Chicago Chic: "6 Incubators In Chicago You Should Know"