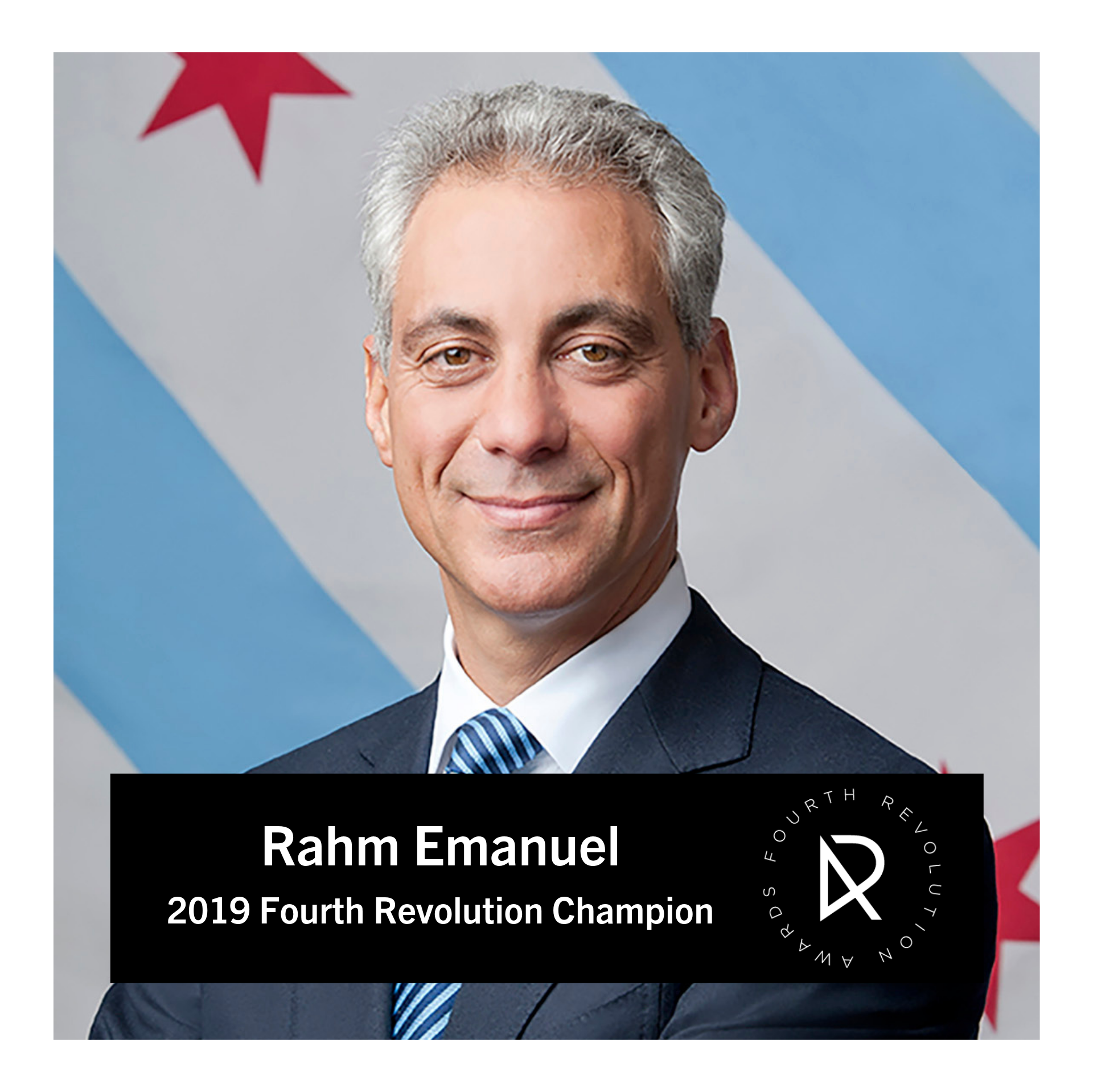 CHICAGO – mHUB and MxD today announced Rahm Emanuel as Fourth Revolution Champion of the third annual Fourth Revolution Awards. The award recognizes Emanuel for his leadership in establishing the region as a leader in the fourth industrial revolution and will be presented at the awards ceremony taking place on October 2, 2019, at the Museum of Science and Industry.

Emanuel was relentlessly committed to driving the manufacturing industry forward in Chicago throughout his 8 years as Mayor of the City of Chicago. His work through policy, workforce development initiatives, strategic business development and investment in innovation centers has brought thousands of manufacturing jobs to the city over three consecutive terms.

“We knew that manufacturing had to be a central focus in order to make any measurable impact on the regional economy,” said Rahm Emanuel. “I’m honored to receive this award and also to see the continued momentum and success of the manufacturing technology ecosystem here in the city.”

Emanuel was a central architect in elevating Chicago to be a leading U.S. center for manufacturing, spurring nearly $400M in public and private investment in R&D and talent development initiatives including mHUB, MxD (formerly the Digital Manufacturing and Design Innovation Institute) and the Manufacturing Technology & Engineering Center (MTEC) at Richard J. Daley College. He also led efforts to establish pathways to manufacturing careers, including the launch of the College to Careers program, establishment 1000 Jobs for Chicagoland Manufacturing, and other workforce development initiatives.

“Rahm Emanuel is a true champion for industry and there is no one better deserving of this award,” said Haven Allen, CEO and co-founder of mHUB. “We are now a national leader in the fourth industrial revolution, and it was his vision that got us here.”

Emanuel announced more than 250 companies relocating or expanding headquarter operations in the city throughout his tenure, many of which included manufacturing operations. Policy initiatives to incentivize companies who manufacture in Chicago through procurement have also led to recent growth of large and midsize manufacturers alike, including Ford, Freedman Seating, CRRC, Lyons View and more.

“It’s the intersection of industry, research and public sector support that make this one of the most competitive regions for manufacturing innovation,” said Chandra Brown, CEO of MxD. “Rahm Emanuel put a lot of those foundational pieces in place.”


Emanuel will be recognized at the Museum of Science and Industry at the Fourth Revolution Awards, hosted by mHUB and MxD, on October 2, 2019. The ceremony brings together more than 350 leaders in industry, government and innovation. Current 2019 sponsors include Museum of Science and Industry, Accenture, ArcelorMittal, Bank of America, Blue Cross Blue Shield of Illinois, CBRE, Comcast Business, Chamberlain, Fifth Third Bank,  The Garage at Northwestern, JLL, KPMG, Marmon Holdings, Inc.,  Siemens, Sloan, UL, and Wintrust Financial Corporation. Tickets are available at www.4revawards.com.


About mHUB
mHUB is the nation’s largest and fastest growing innovation center for physical product development and manufacturing. mHUB is a community of product designers and developers, entrepreneurs, engineers and manufacturers, a network of manufacturing mentors, industry experts and investors and a source of intellectual and economic capital. mHUB is home to more than $5 million in resources including ten unique prototyping labs and microfactory for onsite low-volume production runs. Learn more at mHUBChicago.com.

About MxD
MxD is where innovative manufacturers go to forge their futures. In partnership with the U.S. Department of Defense, MxD equips factories with the digital tools and expertise they need to begin building every part better than the last. As a result, our approximately 300 partners increase their productivity and win more business. Learn more at mxdusa.org. 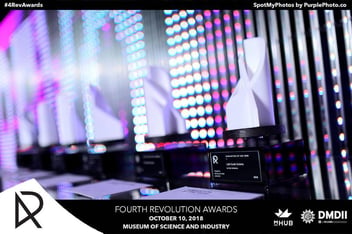 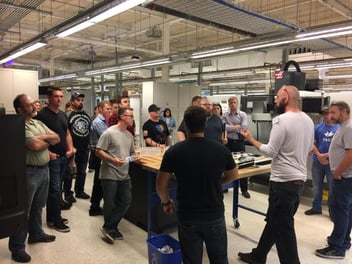