FarmBot is an open-source CNC machine and software package that automates precision farming to make growing food at home easier and more accessible. FarmBot founder and CEO Rory Aronson launched the startup in 2015 after a successful crowdfunding campaign in 2014. FarmBot has raised over $813K in funding to date and was an active mHUB member from 2017-2018.

In this Alumni Spotlight, Aronson discusses the value of community-centered innovation and how creating open, accessible technology has been integral to FarmBot’s success. Read on to hear how an open-source model has grown into a thriving B2C AgTech company. 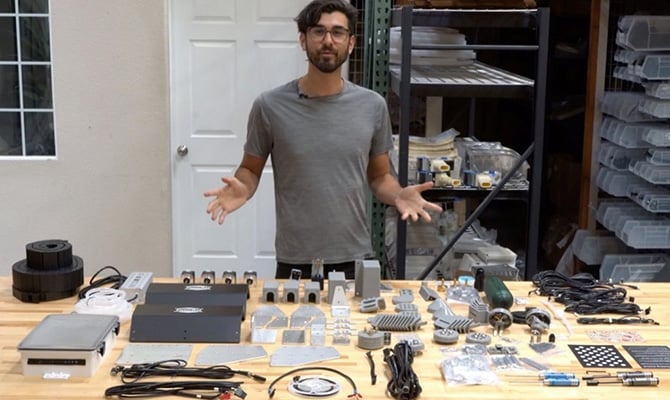 FarmBot Founder and CEO Rory Aronson [@farmbotio] gives a detailed look at the mechanics in the new Genesis v1.6 kit.

Where did your idea and value proposition start for FarmBot?

The idea for FarmBot came about while I was playing around with 3D printers, laser cutters, and other CNC equipment, while also growing a garden in my backyard. I remember thinking to myself, wouldn’t it be great to have a CNC machine for the garden and let the computer take over all these repetitive and tedious garden tasks? After searching around online I quickly realized that the product I was imagining did not exist yet. And so began the journey of FarmBot. The core value proposition is that everyone wants fresh veggies grown right in their backyard, but few people take the time to make that happen. FarmBot aims to be the home appliance that will do the garden work for you, just like how a washing machine does the work to clean your clothes, and it does it better than you would by hand.

In your words, what is the value in FarmBot’s open-source model? How does that tie into FarmBot’s greater mission?

In the early days of researching agricultural equipment (tractors, sprayers, sensors, etc.), I quickly realized that virtually all incumbent AgTech was and still is proprietary. With the advent of computerization, today's farmers are at the mercy of the software DRM restrictions that tractor makers have employed. And we all know about the legal restrictions seed breeders and chemical companies have trapped people in. This was all in stark contrast to what I had come to love: an open-source, community-based approach to innovation that was particularly prevalent in the DIY 3D printer world and maker movement. It was also completely opposite of how farming used to be: seed sharing, right to repair, true ownership of your tools, and a 'we're all in this together' mentality, which is luckily still the case for small-scale gardeners. So, when looking into how I wanted to get FarmBot out in the world, I could either try to patent it, or I could give it away for free. I decided to give it away because it felt like the morally right thing to do, and that has turned out to be a major reason we've been successful. 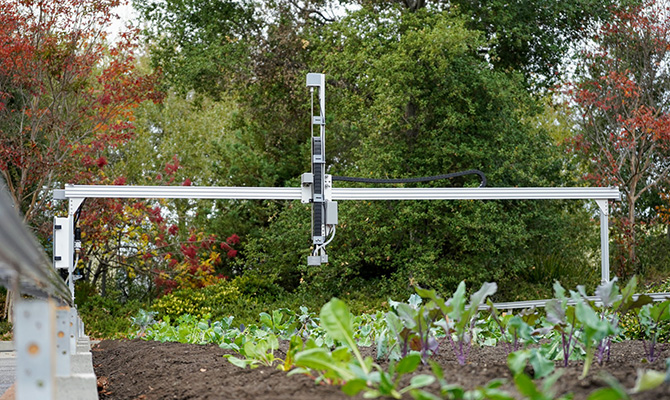 What have been FarmBot’s biggest opportunities and milestones?

A surprisingly big opportunity has come from the education sector. About 50% of our FarmBots go to schools and universities to be used as teaching tools and high-end research platforms. While I always thought FarmBot would be fun to have in a school, I never anticipated it would make up such a large percentage of the business. Because of this, we now have freely available Open Educational Resources that teachers can use as curriculum for teaching with FarmBot in their classroom.

How has the AgTech industry and market landscape changed since your first product launch?

The rest of the AgTech industry has moved forward in a fairly predictable way. A lot of companies are automating more processes with robotics. A lot of companies are using more sensors in the ground, on tractors, and in the air to inform data-driven and AI-powered decision making. And there is still the push to bring more farming indoors with huge warehouses where every possible variable is accounted for and controlled. And nearly all of these companies have a patent portfolio and are highly protective and secretive of their tech. FarmBot is perhaps the only high profile AgTech company that is open source through and through. 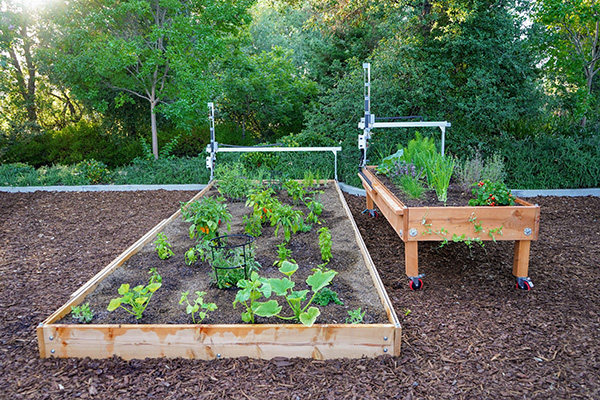 What’s next on the horizon for FarmBot?

We're reaching a point of product maturity where it is less important to constantly release new, better versions of our hardware and more important to ensure we have kits available from inventory and that there are no mistakes in the manufacturing of those kits. Our newer customers are also much closer to average consumers than our earliest customers a few years ago who were almost entirely early-adopter tech enthusiasts. With the slow changing of our customer, we're focused on making things easier to use, more automated, and quicker to get up and running. We're working towards that vision of FarmBot as a home appliance. Set it and forget it.

If you are a budding entrepreneur interested in AgTech and community-based innovation, take a tour at mHUB to learn more about the hardtech ecosystem and how aspiring product development entrepreneurs can get involved. 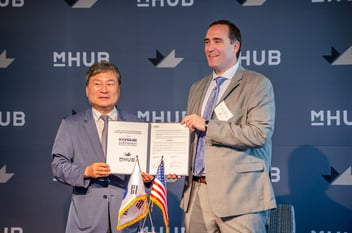